My Shocking Discovery About Scottish Slaves

Do you value your freedom? Or are you like me and take it completely for granted?

I have been doing a lot of soul searching, with some help from my wife Julie. In the quest to understand myself, I have been looking very closely at what motivates me. It’s a work in progress however one thing that comes up again and again is the word “freedom”.

Freedom is possibly my primary motivator. It appears I choose it over money, power and status. So it’s not surprising that when researching this article into slavery, I discovered something that upset me.

I recently watched the film “Lincoln“, which is based around the 13th Amendment to the American Constitution, which effectively abolished slavery. The amendment was passed by the House on January 31, 1865. – almost 148 years ago to the day.

So the following facts came as quite a shock to me.

My first question was, “When did The United Kingdom abolish slavery?

To my surprise it was a full 58 years before the USA. For 58 years the USA was practising, what the other “superpower” of the world had condemned and abolished.

It’s easy to presume that people didn’t know any better back in Lincoln’s day and that only the most enlightened were aware that slavery was wrong. But clearly this was not the case. It hadn’t been the case for 58 years.

My next question was, “So who was the first to abolish slavery?”

This turned up another surprise.

Answer : 1537: Pope Paul III forbids slavery of the indigenous peoples of the Americas as well as of any other new population that would be discovered, indicating their right to freedom and property.

I can’t get over the irony that Pope Paul III specifically mentions the Americas. I presume he was referring to the South and North Americas. This was 328 years before the Christian country of USA abolished slavery.

And the first country to abolish slavery?

Way to go Spain. We owe Spain a great deal of praise for taking the first step. Over three hundred years before Lincoln abolished slavery, Spain abolished colonial slavery. I’de like to see the film about that, as I bet that it took incredible courage to be the very first country to abolish slavery.

As a Scot, naturally my next question was “When was slavery abolished in Scotland?”

And this was when I made the most shocking discovery of all.

A 1606 Act “Anent Coalyers and Salters” had placed Scottish “coalyers, coal-bearers and salters” in a condition of permanent bondage to their employer.[1] Any such worker who absented from that employer and sought to work elsewhere was to be punished as a thief.[2] The Act also included provision whereby vagabonds could be placed unwillingly into the same compulsory labour. Scottish coal workers existed in “a state of slavery or bondage”.

I was horrified. This brought slavery to my own doorstep. It’s one thing looking at slavery as an interesting historical exercise but this brought it all home to me.

My great uncles worked in the coal pits. To this day, I live in a community of men who all worked in our local pits (all closed now). I bump into these men when out my walk and chat with them about life in the pits.

I remember my great uncle Charlie who was bent double having broken his back in a mine collapse. A great old man with a big heart, who worked tirelessly at the Viewpark Miners Welfare, where he ran the bingo for years.

He would come and help my dad with his garden, happily walking the four miles from his house to ours. At that time we lived in a big old Victorian house and I remember Charlie telling me about the miners walk.

“I worked in various pits in this area. Most of them were wet pits” he would tell me. “so you were always filthy and soaked through. Sometimes you had to walk for miles underground before you reached the actual coalface. But they didn’t start paying you till you reached the coalface. 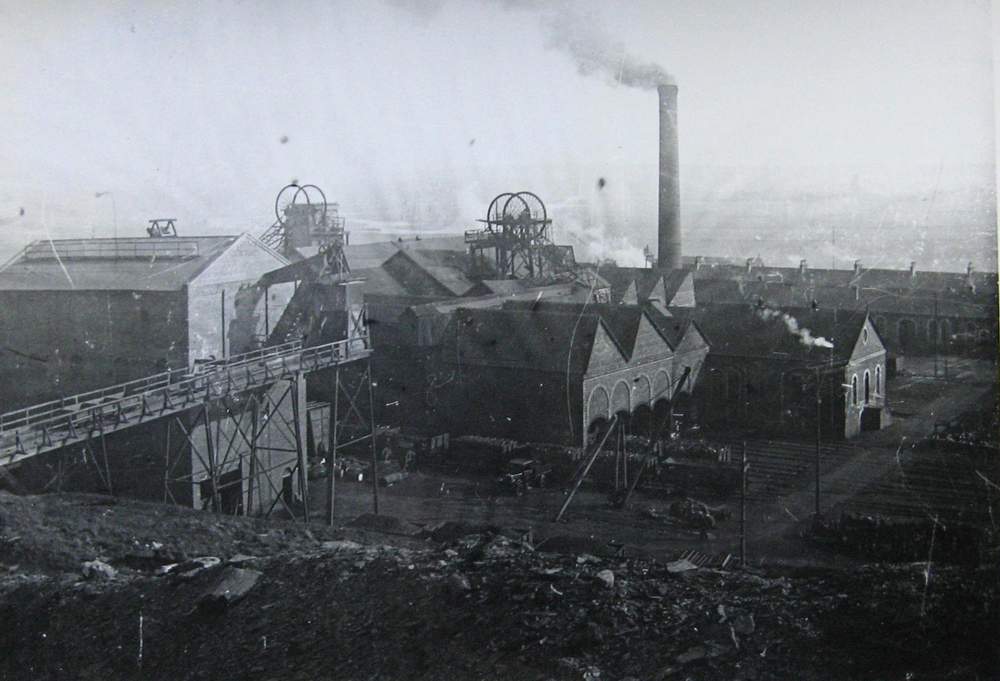 One of the pits I worked in was Bothwellhaugh. It was closed in the 1960’s and then in the 1970’s  the entire town was cleared and submerged under the new lake, known as Strathclyde Country Park.

Bothwell was always a posh residential area and many of the pit managers and owners lived up here in Bothwell, while the miners lived in Bothwellhaugh or like me, travelled from Viewpark or even Glasgow.

But the good folk of Bothwell didn’t want filthy miners spoiling their views by walking up and down their main street, so they build “The Miners Way”.” Charlie then took me to the lane that run along the back of our big, posh house. “You see this lane? This is part of the miners way. It was built to keep the miners out of site and away from the Main street. It meets up with other lanes and paths, so that the miners, in the filthy work clothes, were kept out of site as they commuted to and from work.”

Charlie was right and you can still see these lanes in Bothwell today.

I can’t imagine anything worse than going down a mine to work and I have to admire the brave souls who do it till this day all over world.

What I never considered was that between 1606 and 1799, these miners were actually slaves in Scotland.

But if there is one thing researching this article has reminded me of, it is that slavery is never justifiable. It’s never right. We have known for hundreds of years that it is unacceptable. You must therefore fight for your own freedom and for the freedom of others. Slavery may have a very different face today but it’s still slavery. Be aware of anything that is enslaving you and stand against it.